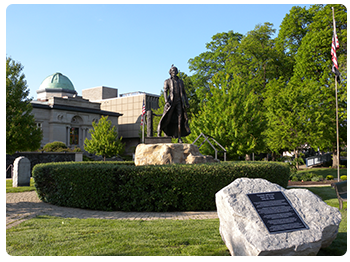 In 1786 Fort Finney was situated where the Kennedy Bridge is today to protect the area from Indians, and a settlement grew around the fort. The fort was renamed in 1791 to Fort Steuben in honor of Baron von Steuben. In 1793 the fort was abandoned. Precisely when the settlement became known as Jeffersonville is unclear, but it was probably around 1801, the year in which President Thomas Jefferson took office. In 1802 local residents used a grid pattern designed by Thomas Jefferson for the formation of a city. On September 13, 1803, a post office was established in the city. In 1808 Indiana's second federal land sale office was established in Jeffersonville, which initiated a growth in settling in Indiana that was further spurred by the end of the War of 1812.

In 1813 and 1814 Jeffersonville was briefly the de facto capital of the Indiana Territory, as then-governor Thomas Posey disliked then-capital Corydon, and wanting to be closer to his personal physician in Louisville, decided to live in Jeffersonville. However, it is debated by some that Dennis Pennington had some involvement to his location to Jeffersonville.[9] The territorial legislature remained in Corydon and communicated with Posey by messenger.

The Civil War increased the importance of Jeffersonville, as the city was one of the principal gateways to the South during the war, due to its location directly opposite Louisville. It was served by three railroads from the north and had the waterway of the Ohio River. This factor influenced its selection as one of the principal bases for supplies and troops for the Union Army. Operating in the South, the Louisville and Nashville Railroad furnished the connecting link between Louisville and the rest of the South. 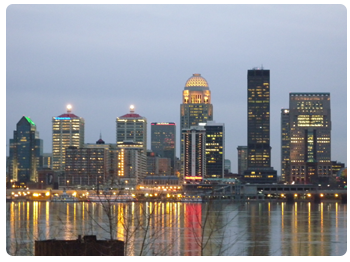 Jeffersonville is located directly across the Ohio River to the north of Louisville, Kentucky along I-65. Jeffersonville has a mix of restaurants that range in popularity along the riverfront and downtown. The city is scattered with smaller scale bars, restaurants and fast food chains in areas such as Quartermaster Station in which the Town Hall is now located and other shopping centers